I haven't even logged in with last weekend's progress report on the shed and here we are, another Friday!

So, last weekend was gorgeous and sunny and we (when I say "we" I really mean Chuckles) slaved away on the shed and got the whole roof on, as well as the drip rail around the bottom of the siding.  After the sun rose in the sky it was T-shirt weather!  I was the go-fer, swept up the inside of the shed and picked up all the debris left outside from the prebious weekend's construction
on Saturday morning first thing.   Then I held the ends of the drip rail while Chuck fastened them on, steadied the ladder for him and kept the meals coming.    Actually we went to the Mexican restaurant on Saturday night - love the Chile Rellenos so much!!

On Sunday I moved the truck around for him as he stood on a platform he built in the truck box.  Faster and easier than building a scaffold! 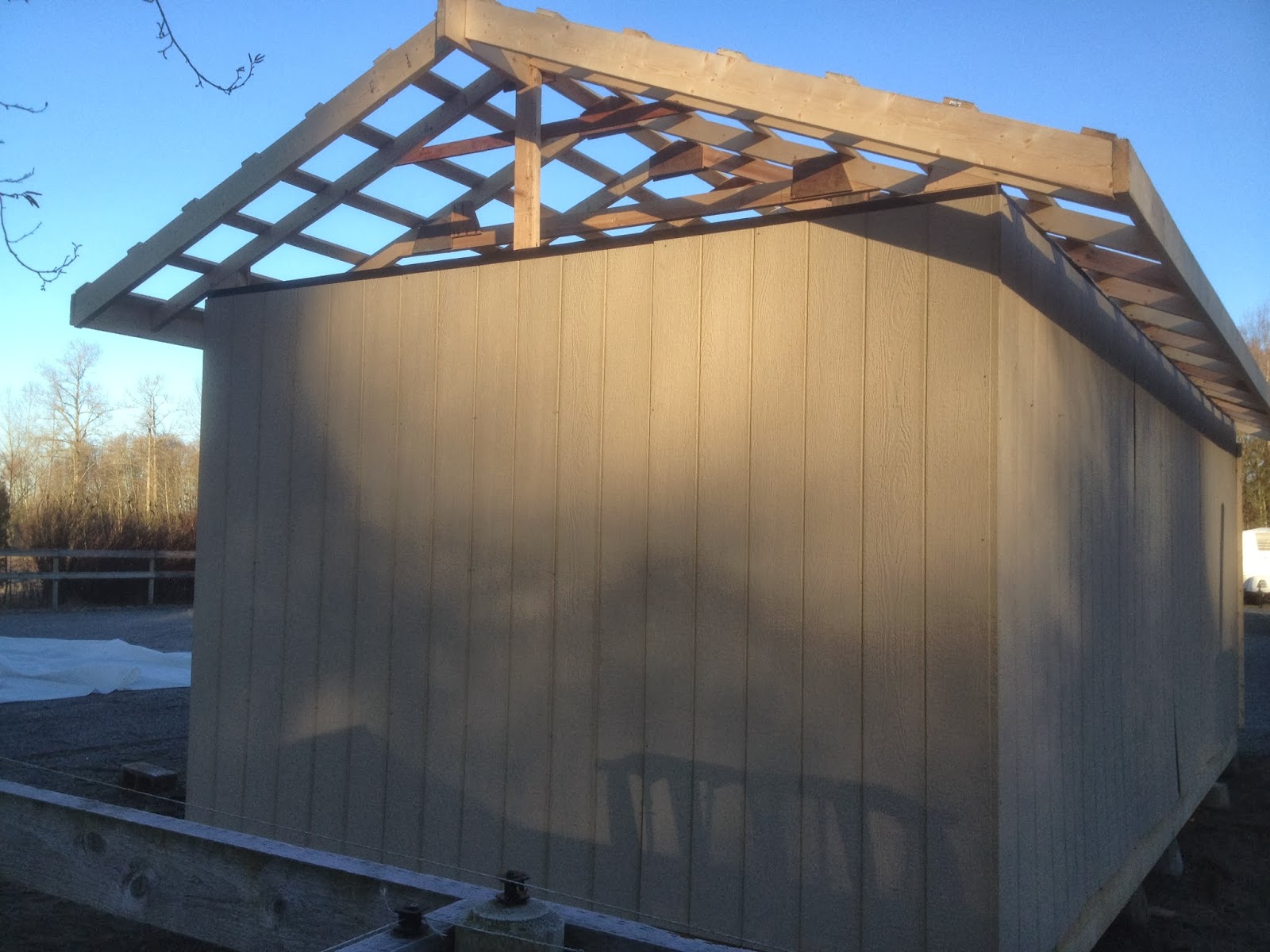 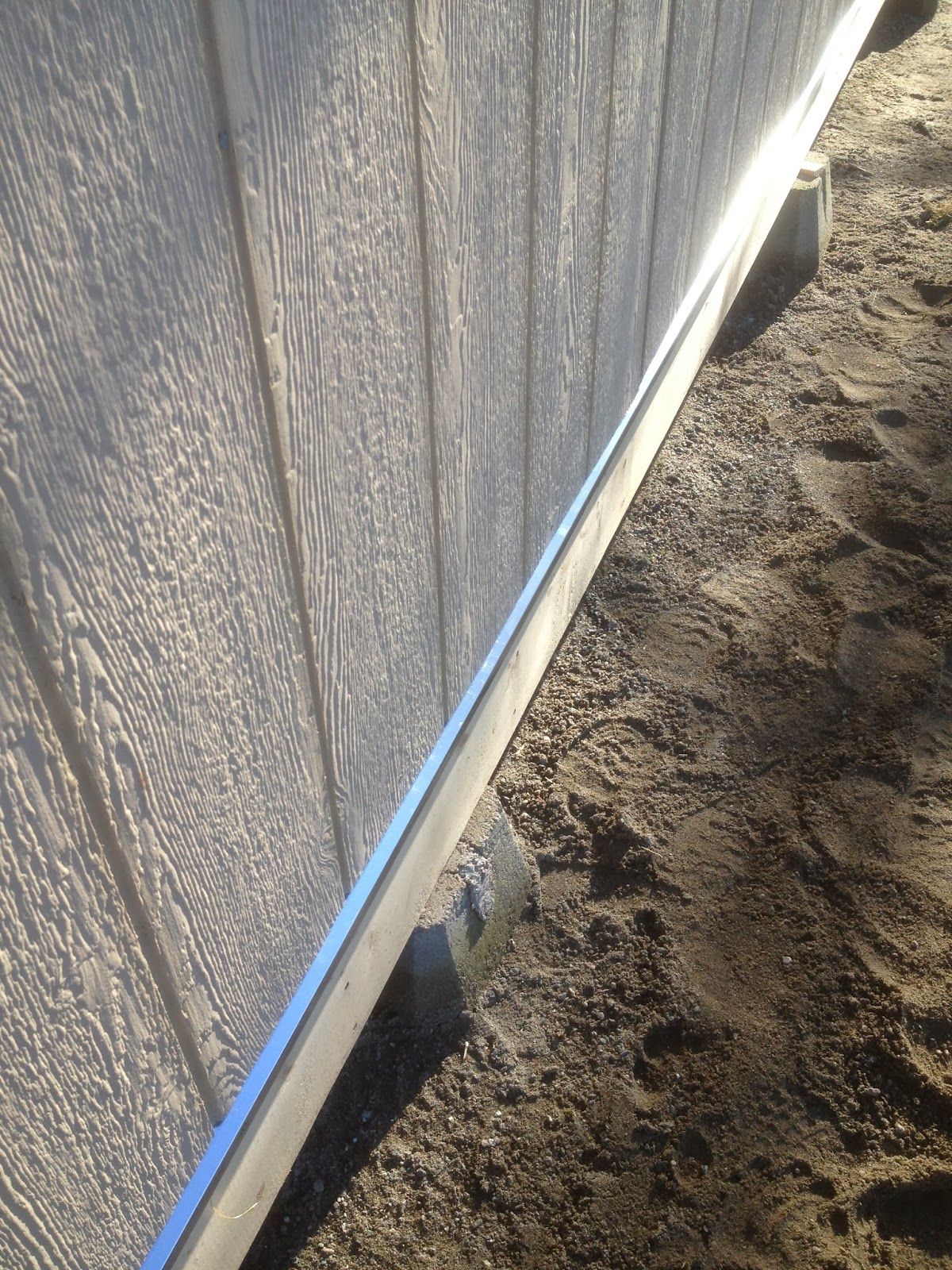 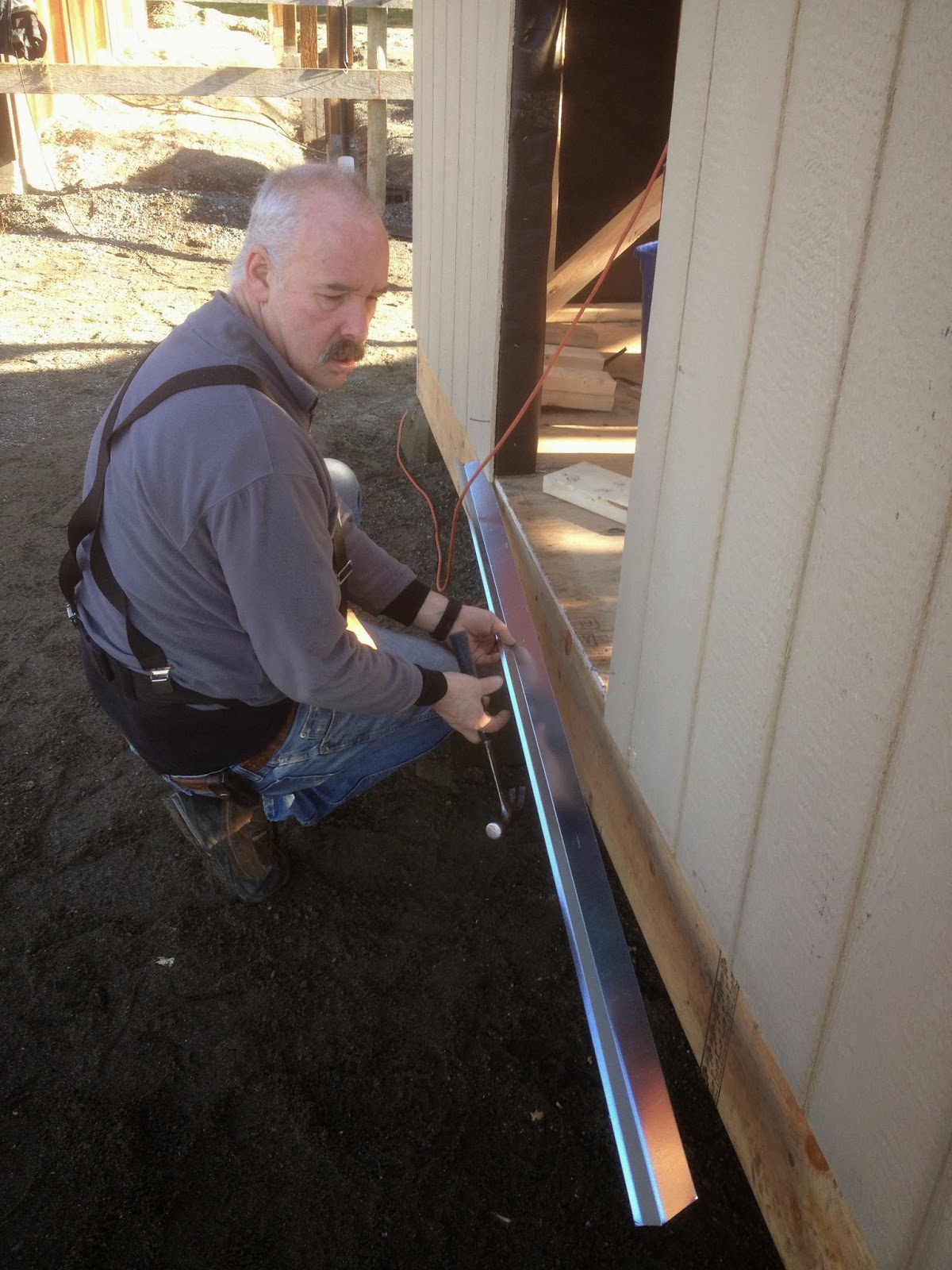 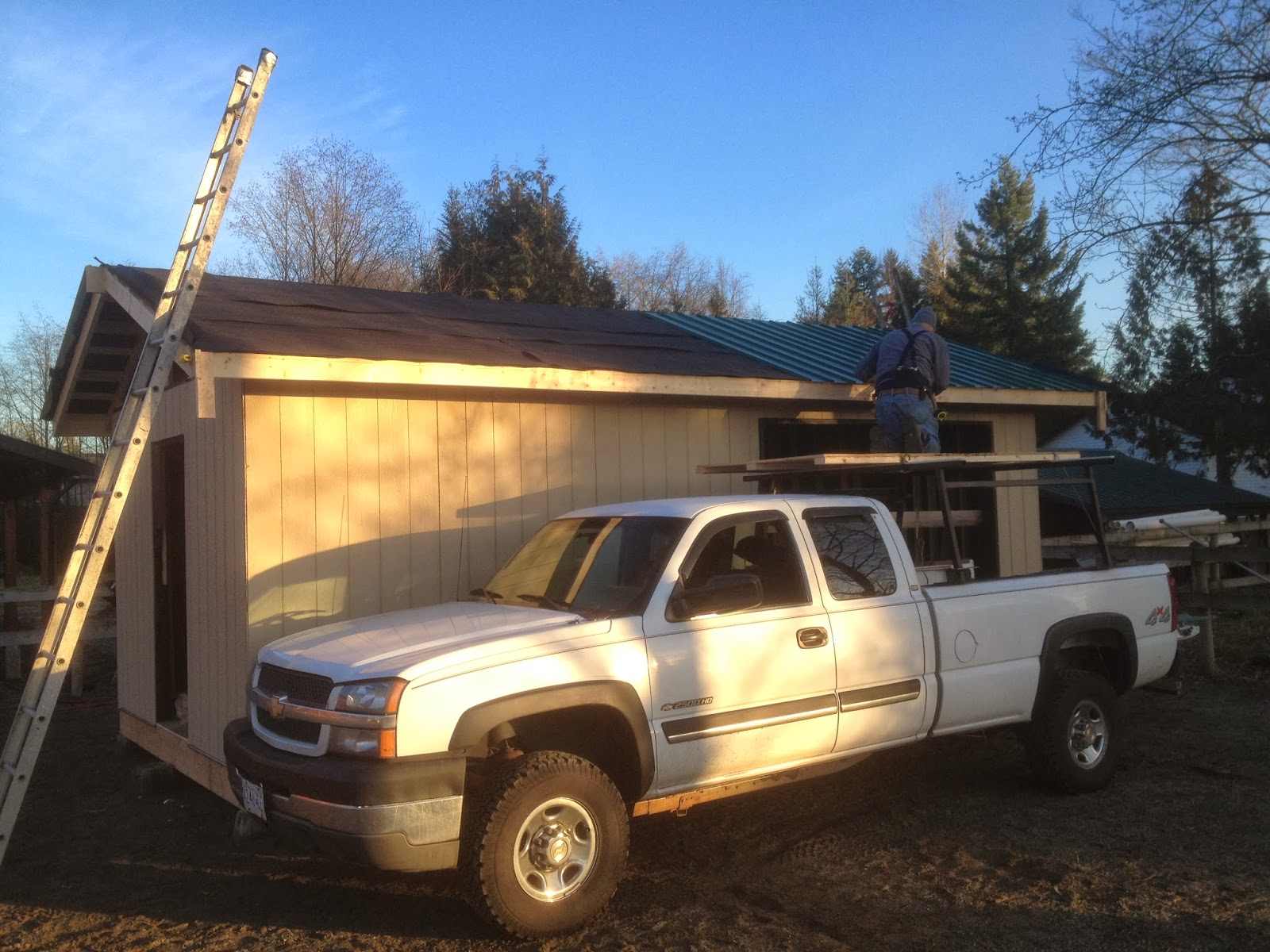 Leo was VERY happy at the country estate.  He could not stop carrying sticks around and he was so busy he forgot to eat until we got back to the city, then he gulped down some dinner.  We went for a walk each morning and then he amused himself outside until dark.  Occasionally Chuckles or I would toss a ball or a stick for him but mostly he just followed his nose.
﻿ 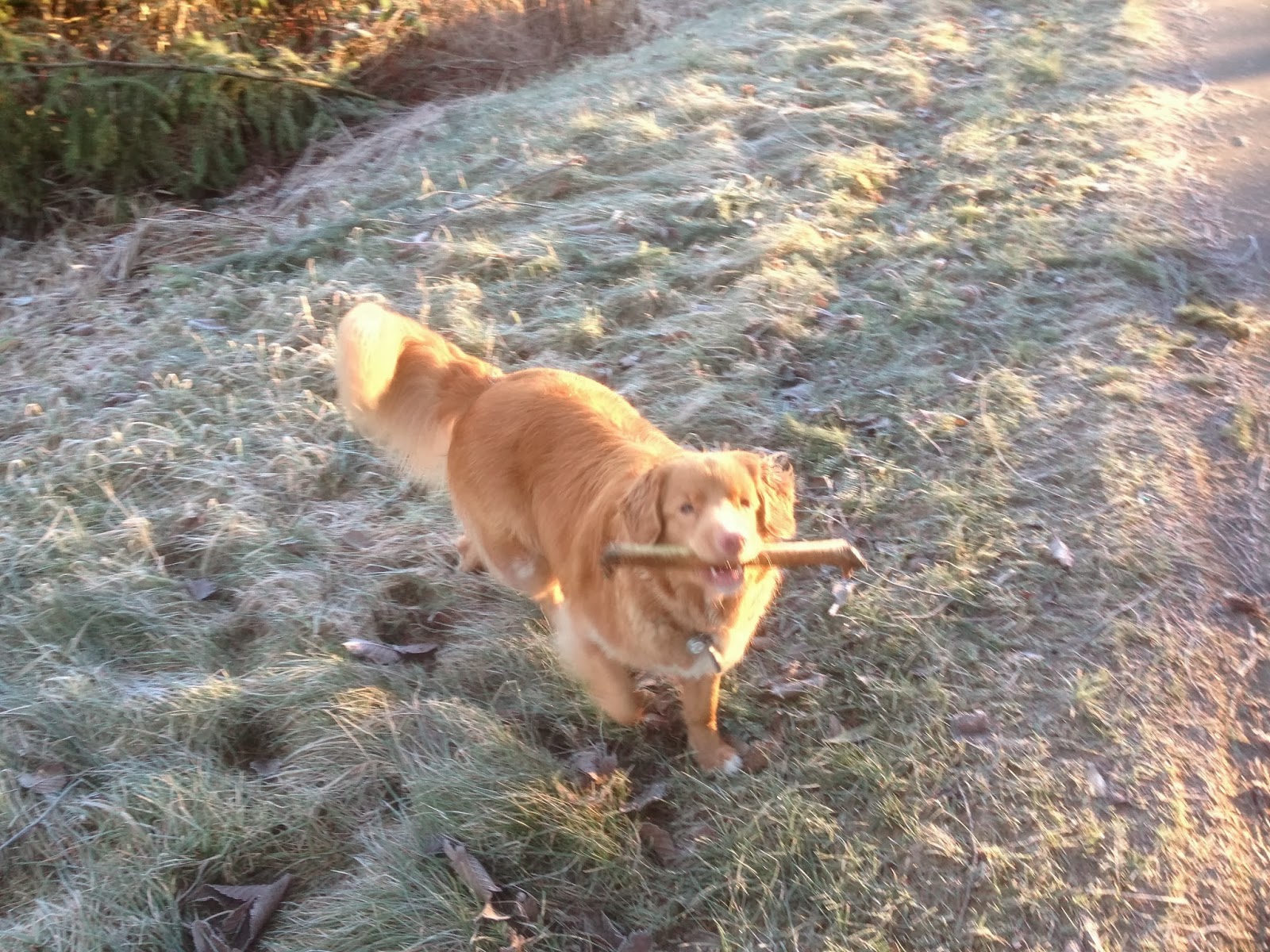 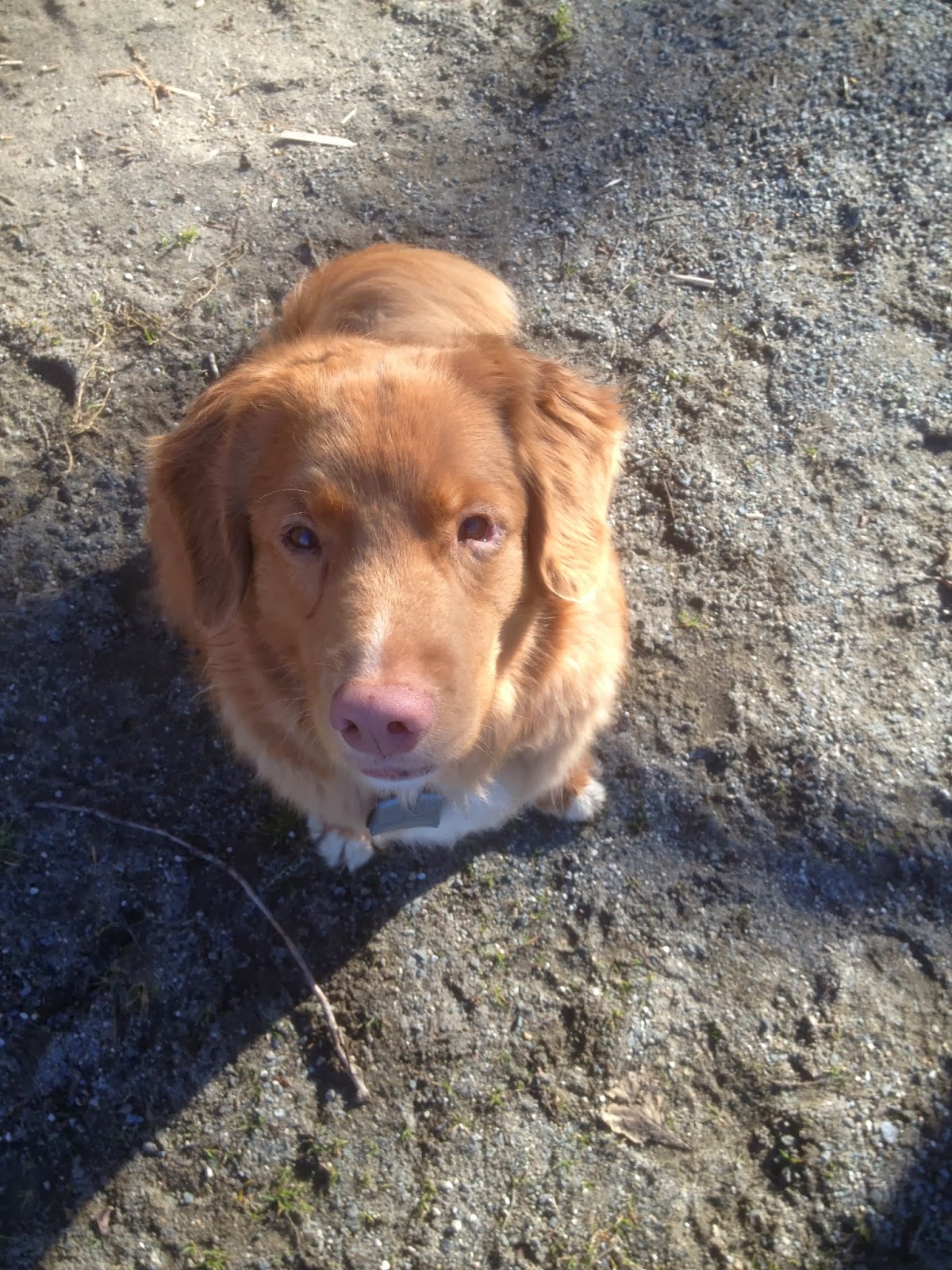 ﻿
In between helping on the shed I started on a little project I have been wanting to do for some time. Filling some wrought iron containers I have had for ages with moss.  Inside the moss I put soil,  and I am going to plant some succulents around the outside and probably primulas in the middle.  I have three of them in total.  Here is where they are at so far.  They will be cute on the deck I think. 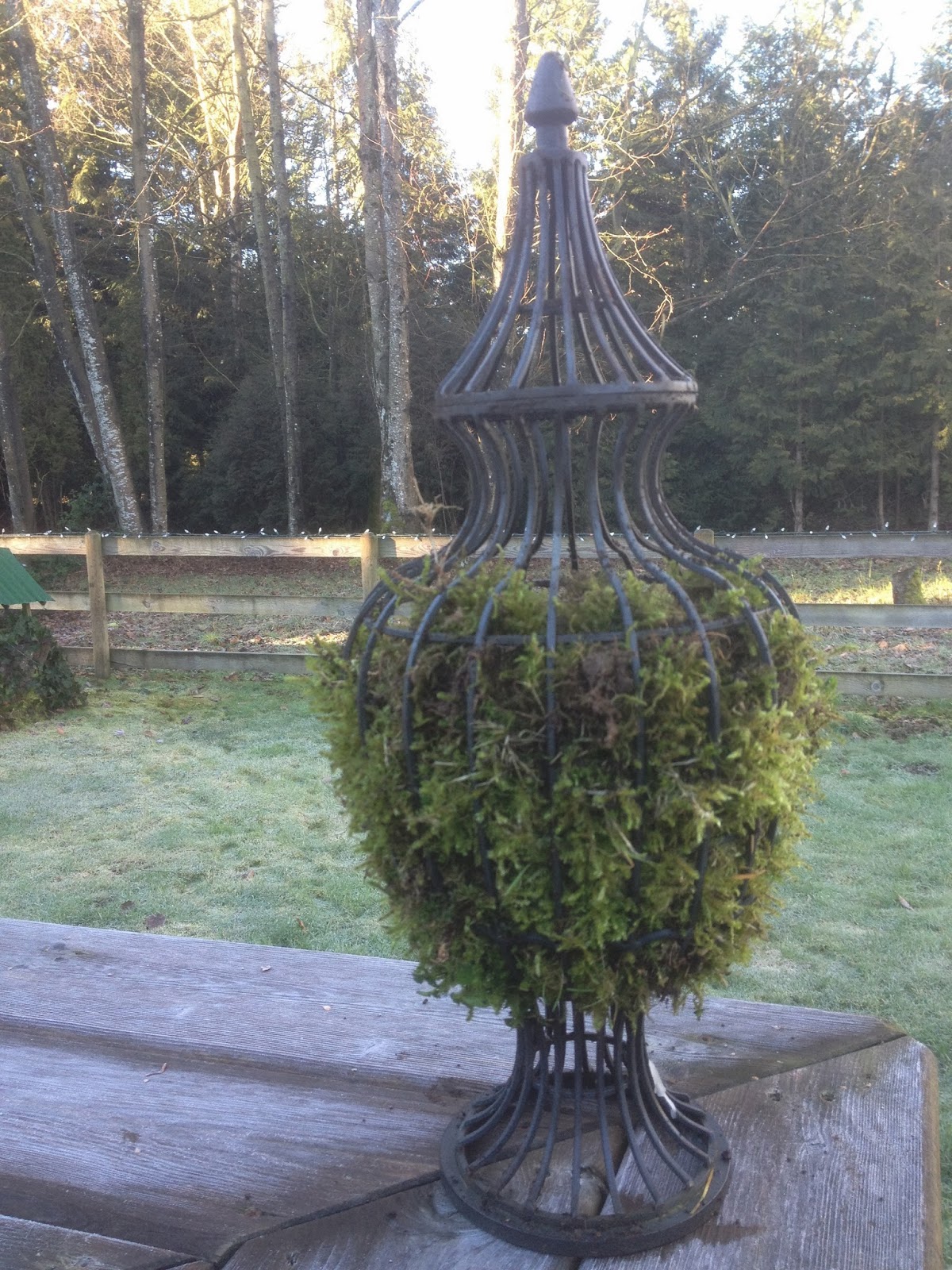 I also have spread this tarp on part of what will be the veggie garden.  The tarp should kill the grass to make it easier to remove it and then I can till the soil and add some compost.  In the photo, middle left you can see a stack of 4x4 posts which we are going to use to build some raised beds.  I have the fence posts from the horse turnouts we dismantled, so we just need to get some wire to fence this area to keep the bunnies and deer out.  In the background is our camping collection - the Alaskan camper used on hunting trips and our travel trailer wrapped in a tarp beside it.  That riding ring is coming in handy as a parking lot! 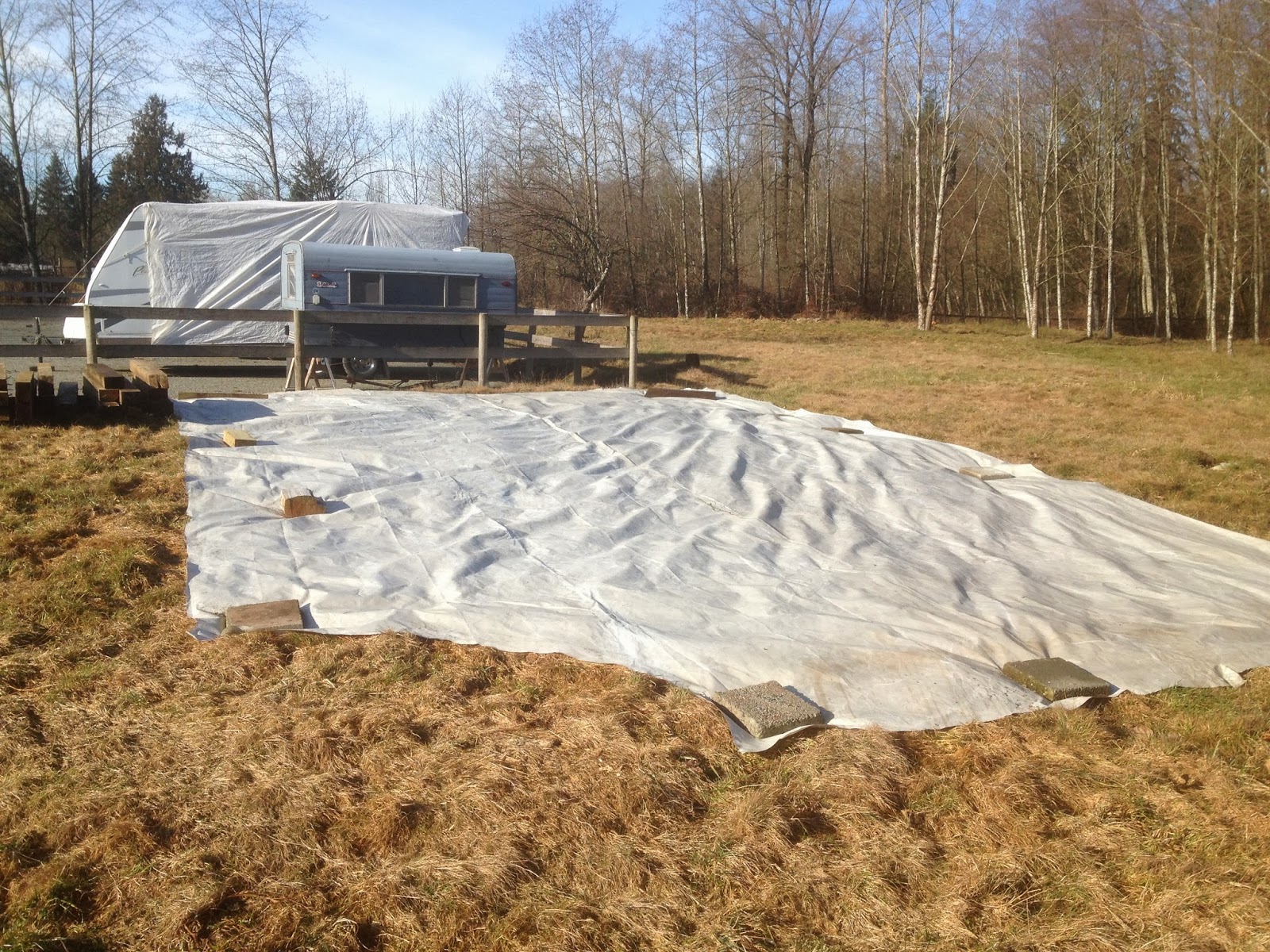 Leo has gone home now.  On Wednesday his "parents" came to pick him up and both of us have missed him.  It's weird how in two short weeks we got so used to him being around!  We both keep thinking things like "after work we'll walk Leo on the Spirit Trail" or looking for him in the shop.  He was great fun!
﻿
It's a spectacular day today, so I hope this will last for the weekend and we can make some more progress on each of these projects, but mostly the shed!