We spent a good part of the past weekend at Harrison Hot Springs Resort and Spa with Chuckles parents and his nephew and niece.  It was his parents 50th Wedding Anniversary on Saturday and their way of celebrating was to take us all away from our real lives for a couple of days.

Unfortunately Chuckles' brother and wife were unable to come for one reason and another, so we took their kids, 5 and 11 along, as the venue had been chosen partially with the kid's enjoyment in mind.  Actually Chuckles parents took the kids with them, and we met them in Harrison. 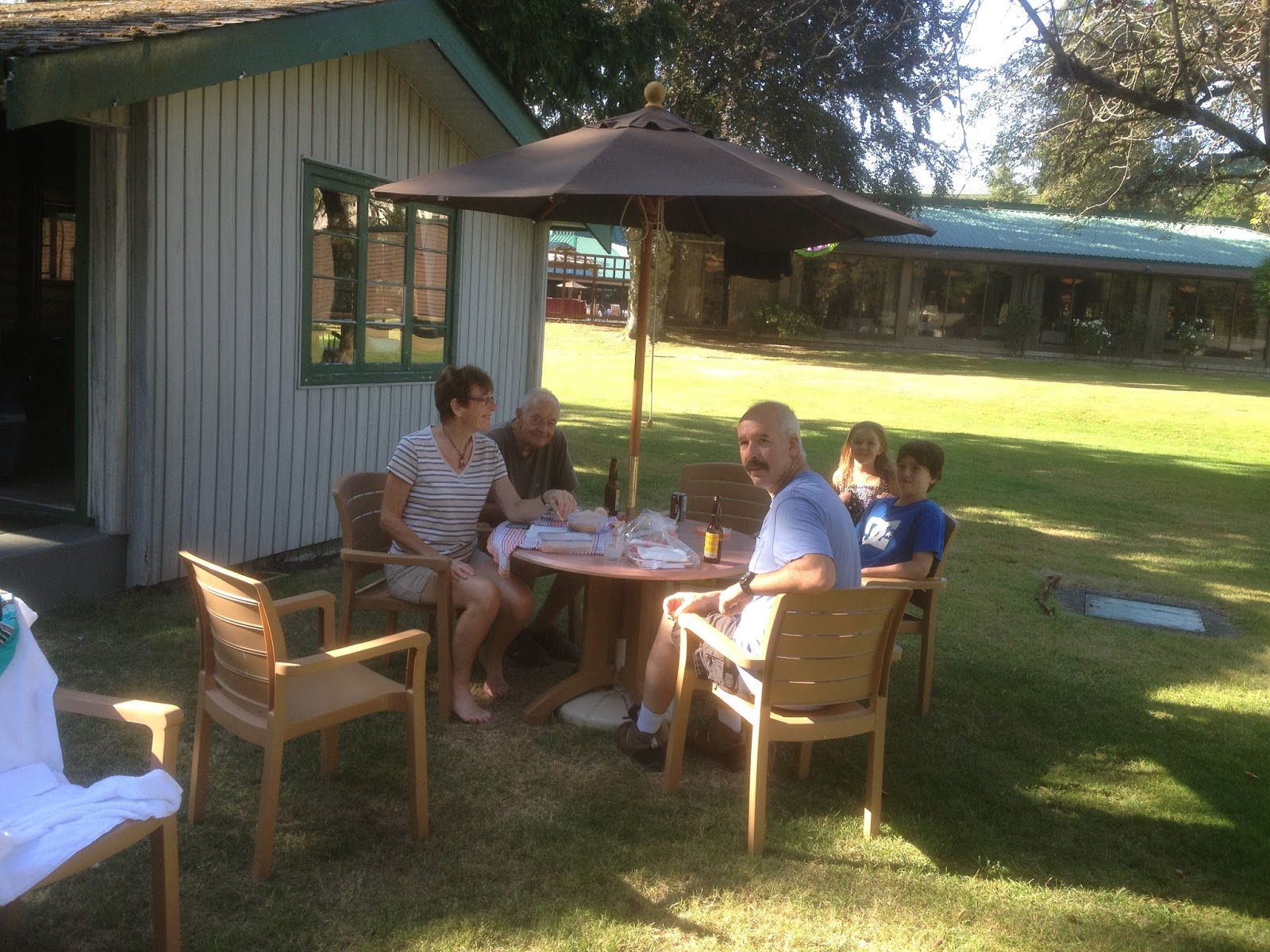 Our little group, minus me, relaxing outside our cottage.


﻿
We stayed in the little cottages, which are behind the hotel proper, with easy access to the pools and other hotel amenities.  It was perfect with the kids along as we had outdoor space available for them.  We took full advantage of the facilities, and used the pools a lot.  We took food along so we could manage for breakfast and lunch ourselves.  I also took Yahtzee, a deck of cards and Jenga along as the weather was not forecast to be great - however it only rained during the night which was ideal.  We spelled Chuckles parents off with looking after the kids, so it was fun for all of us, as we all had some free time, as well as fun time with the kids.  I even went for a massage in the spa. 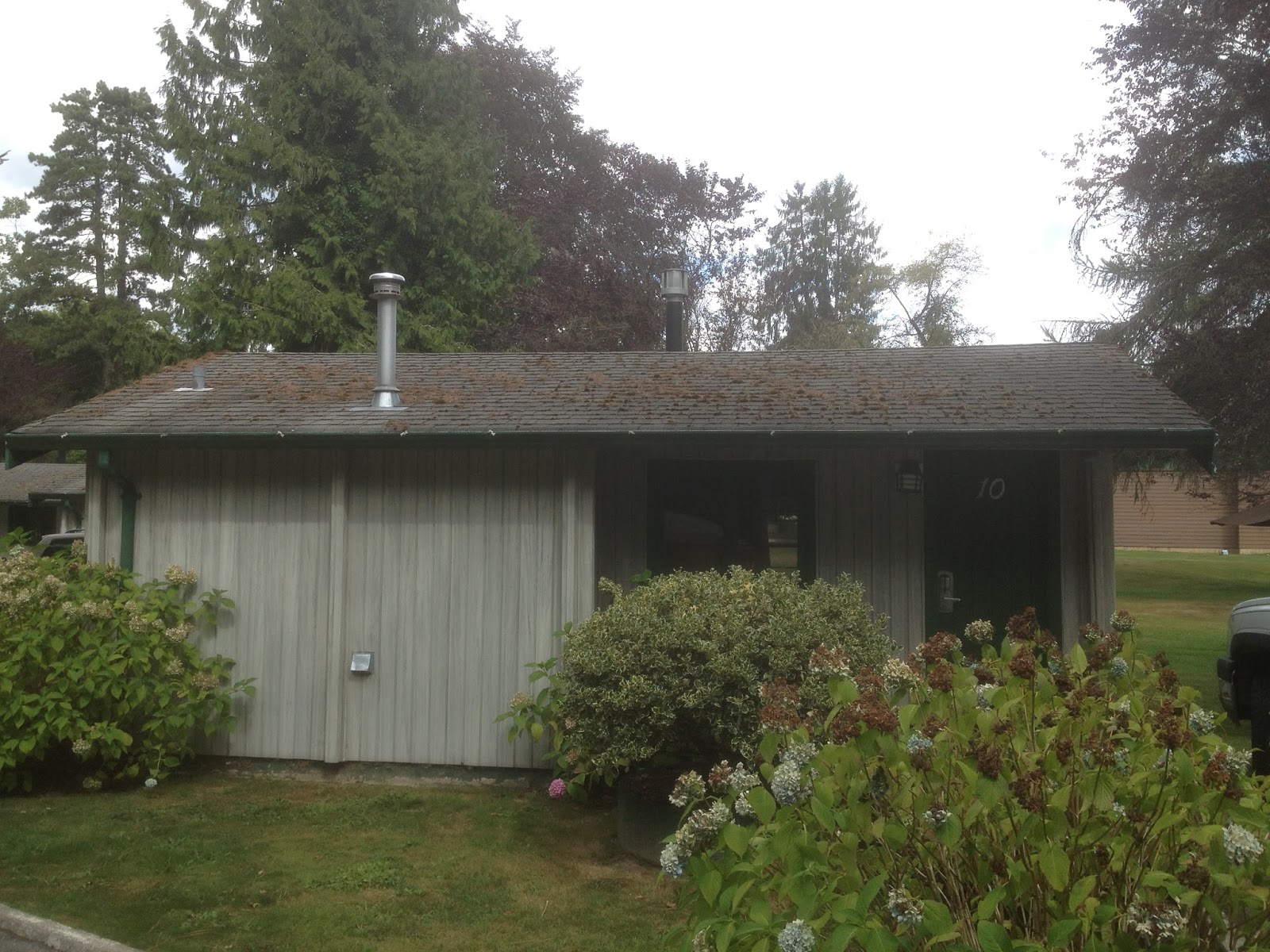 Saturday night we had a celebratory dinner in the Copper Room, which was only slightly marred by a temper tantrum by Ella who is 5.  The kids had had a very busy day and fell asleep just half an hour before we needed to get ready to go to the restaurant. We woke them up and were helping them dress.  Apparently Ella didn't want to wear the sparkly dress her mom had packed!  Things escalated from there. By the time she was calm enough to take to the restaurant she had changed into a grey T-shirt and hot pink skort, with her hair looking like she had stuck her finger in a light socket.  But, she was there and was even smiling and laughing once Uncle Chuckles got talking to her.  And we had a perfectly lovely dinner, and Chuckles parents danced several dances once the band started up.

Sunday morning, after breakfast, swims and walks and a what was supposed to be a half-hour excursion in the bumper boats for the kids, but turned into about 45 minutes including a rescue operation as Ella's boat stopped working - it was time to go. 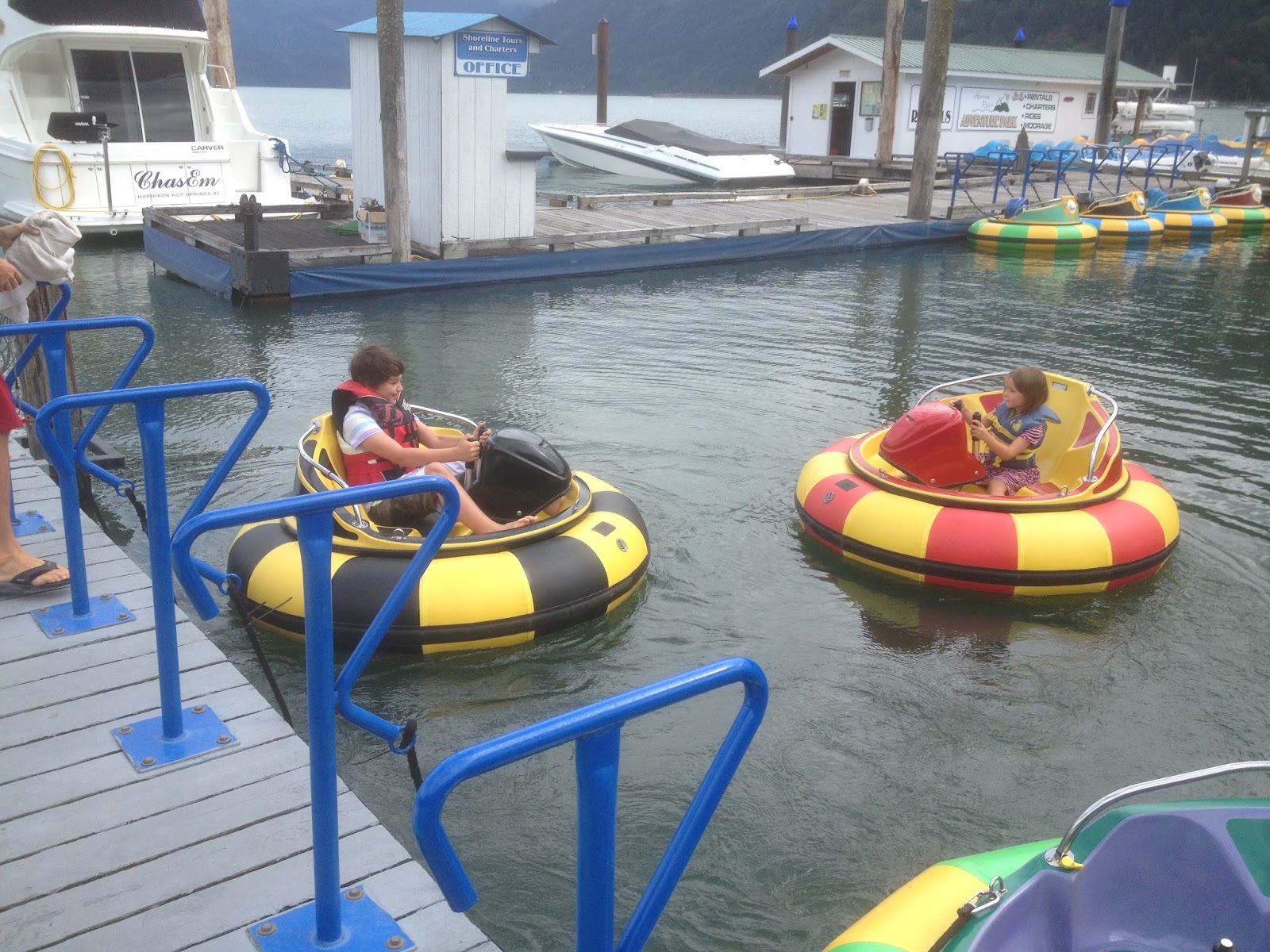 The kids in the bumper boats.﻿

We stopped at the country estate and had a huge feed of corn and hot dogs for lunch.  The kids had not seen the place yet, so we had a look around, and Chuckles got his nephew Finn fixed up with a small bow he had, so the boys did some target shooting before lunch.

After lunch they all headed off for home, and we stayed and finished the painting in the living-dining room!  So we felt pretty good that we had been productive as well as mostly goofing off!

More exciting news is that we now have booked our movers for Saturday Sept 7th!  We decided to book them a week early to give ourselves time for cleaning at the old place, and to get things settled in at the country estate before starting the next step of the overall move - the barn renovation.

I have another guy who has responded to the craigslist ad coming out to look at the stall doors this coming weekend, so potentially two more will be gone, leaving us with just two remaining.  I think (from his area code) that he is also from Washington State.

We still have to decide how we are going to work out the logistics of our business being in the city for the next few months, and our residence being in the country.  We have a number of options on the table, and we may utilize several of them over the period that we are waiting to move the business to the country estate.  But that's for future blogs, meantime I need to get back to work!