Painting, Adventures on Craigslist and other weekend bits and pieces

The painting marathon of the past weekend is behind me and I am here at my desk now, bleary eyed and coffee deprived, stunned at how little was accomplished with so much work.

We painted for 32 hours of the 48 hours that we were at the country estate!  Both of us.  One of us would stop and throw a quick meal together, then we'd eat, take 15 minutes after to digest, and get back at it.  Other than sleeping - 6 hours Friday night and 8 hours Saturday night, bathroom breaks and a daily shower, we painted non-stop!

Oh, I lie. A couple of other things happened too.  (It's all coming back to me now, the coffee must be kicking in.)

Saturday morning Carol, Chelsea and Kathy came by.  They responded to my craigslist ad selling the stall doors and front walls that we stripped out of the barn.  So two weeks ago they came and bought two sets of those, and we helped them load them up, and they poked around and expressed interest in some of the rubber mats that had been on the floor of each stall.  Our intention was to sell them also, but we hadn't got around to putting them on craigslist as we had piles of different sizes and we needed to measure and catalogue them.

It was the rubber mats they came for this week, and between the three of them, they took them all!  Which was a total bonus for us, since we didn't have to list them and deal with the crazies that come out of the woodwork in response to ads on craigslist.  The stall door ad has generated enough of those.

So it took about 45 minutes of our time to help them load up all the mats and chat with them.  That knocks our painting time down to 31 hours to keep the numbers nice and round.  Later in the day on Saturday, another couple, Mark and his wife, came by to pick up a stall door and front, also responding to the ad.  They came all the way from Washington State!  So another hour or so was spent helping them get that loaded into their horse trailer and learning about their 5 acre property and the work they have been doing there.  That takes the painting time down to 30 hours. 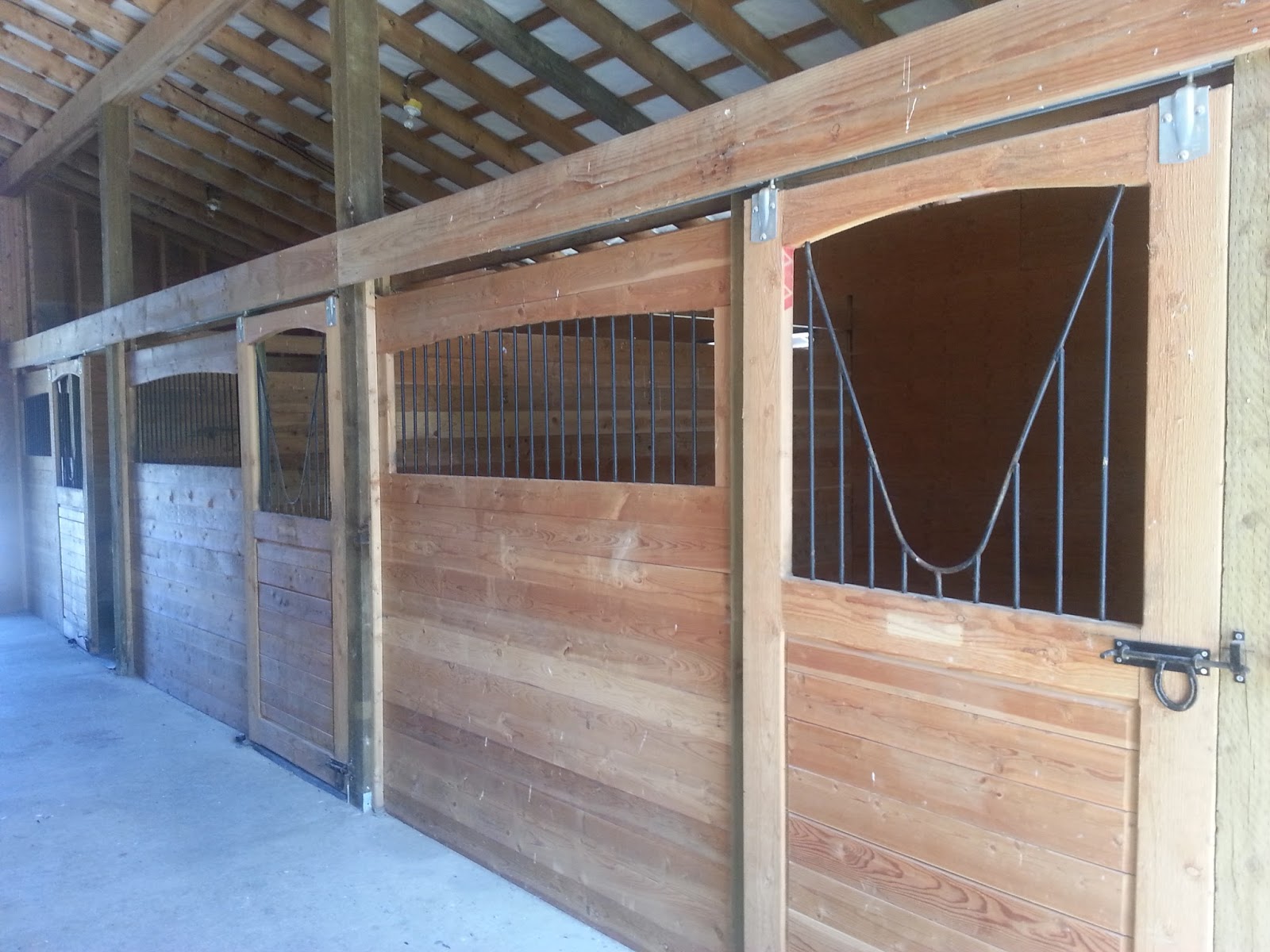 These are the stall doors and wall fronts we are selling on craigslist.  So pretty we had a hard time
bringing ourselves to take them down!

Then I had the most enjoyable Rona shopping experience of my life going to get more of the wall colours we were going to need.  I got the full paint cans, one of each colour we needed and took them to the South Langley Rona which had been Dawson-Brill Lumber when I was growing up.  I turned into the gravel parking lot and parked right in front of the door. As I was pushing a shopping buggy over to my truck, a very enthusiastic young employee came out and asked if he could help.  He loaded my buggy, wheeled it inside, coloured new paint for me and helped me back out to the truck when it was done, all the while chatting pleasantly with me.  I only saw two or three other customers while I was there, each receiving similar attentive service from an employee.  I had to pinch myself.  THIS was RONA??  Where were the lineups?  Where was the crowded parking lot?  Knock another hour off the painting time for the Rona trip - and that was me only, Chuckles was still hard at it while I was gone!

And still, after all that painting, all we got finished was the sunroom.  The rec room is nearly finished, I just need to cut in along the ceiling line and the corners one final coat and then it`s done.  The living/dining room is partially cut in and the ceiling is complete.  What`s done looks spectacular and I know it will all be worth it in the end.  But the end seems a long way off at this point. 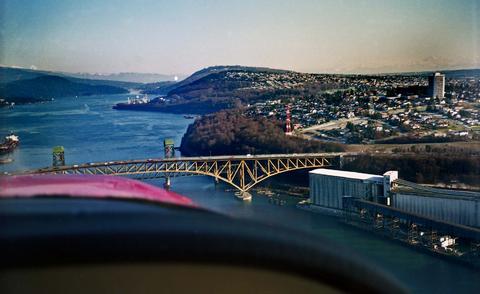 Ironworkers Memorial Bridge, courtesy West Vancouver library archive
﻿
We packed up and drove back to the city around 9pm.  Driving over the Ironworkers bridge, I got that warm feeling in my chest that I get whenever I drive over it - it tells me I`m almost home.  Then, with a jolt I realized that in a month or so, the bridge will never signify that to me again.