We have slept our last night at the city house, and all that's left to do is gather up the few things which are still there and give it a final wipe down, and we're done!

I thought this moment would be bittersweet, but I actually feel like it's just a job to be done and good riddance, as two houses are too many to look after in the long term.  Life will be simpler from this point forward.  Sort of.

As we were taking the final load out of the city-house garage last weekend, our neighbor who shares our back alley was pulling into his garage.  He took a moment to come over to chat, and proclaimed that we are conducting the slowest move ever! Another load from the garage to the country estate
Of course, he only sees the city end of things, and has no idea of all the work we have accomplished at the country estate to date.  AND, I noticed that his garage is pristine enough that you could eat off the floor and there were about three garden implements hanging off the wall and that was IT.  Unlike our garage which has been a woodworking, metalworking, mechanical garage for the past 30 odd years with all the accompanying bits and pieces.  Not sure what he does for fun, but I have the feeling that he and Chuckles have NOTHING in common!! 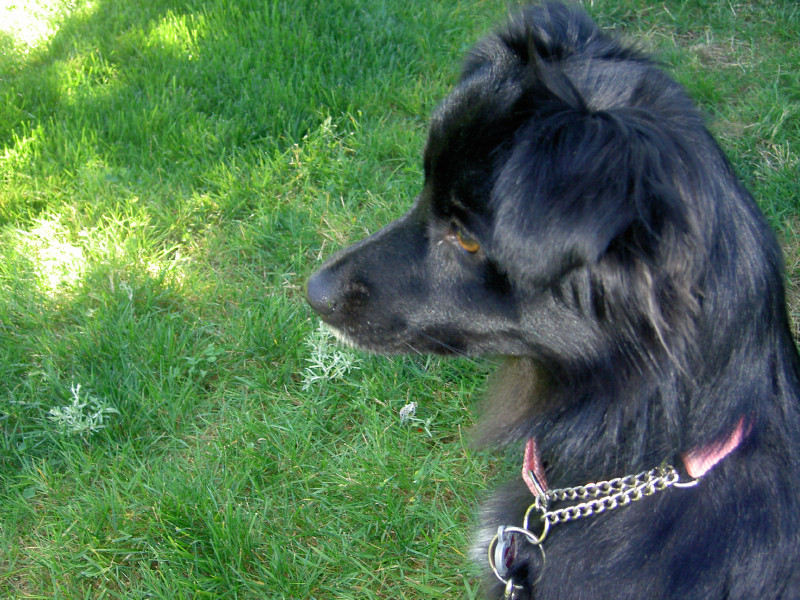 My little grand-dog Nicky was with us for the weekend.  We discovered Friday night that she had fleas, so Saturday morning bright and early I was at the Co-Op, buying shampoo and flea powder to treat her with.  I was a bit concerned that it would be like bathing a Tasmanian devil, and if you have ever seen her run from one end of our property to the other in 3 seconds flat, you would understand my concern!  Staying still is not her strong suit.  I had a sleepless night Friday thinking about the scratches and nips I was going to sustain, not to mention the potential of my newly decorated bathroom being destroyed.

Happily it was absolutely the opposite.  Once I coaxed her into the tub and familiarized her with the running water and the spray nozzle, she acted like a princess on a spa day!  She rested her chin on the edge of the bathtub and was like a blob of jelly - so relaxed that when I moved my hand off her to get more shampoo, she slid down the side of the tub in slow motion as her legs splayed out from under her.  She would have stayed there all day if I had nothing better to do!

We bought the exterior windows and doors for the barn reno on Saturday, picked up the load from the garage in the city and unloaded that at the country estate and basically sorted and tidied most of the day.  Until it was  suddenly 8 o'clock and we were starving hungry! We went to a restaurant in our little "downtown" area.  We have been trying a different one each time we eat out, which is not every weekend, probably every other weekend or so.  So far the Mexican place El Pollo gets my vote.  The one we went to this past weekend offered all you can eat ribs, which were pretty good.  The proprietor had a unique way of checking on his guests - rather than asking how everything was the conversation was more like:

A variation of this conversation took place every time he came by our table - which was often, as he was attentive (in his own way).

Every meal we have eaten since we have a similar conversation:

We bought curtains and rods for all the bedrooms and put them up on Sunday, in preparation for both our sets of parents coming out for their first overnight visit next weekend.  Curtainless windows are fine when it's only us in the house, but when there are six adults  -  you never know who may need to run out to their car in the front driveway at an inopportune moment when someone else is getting changed in the curtainless bedroom!  The choice was curtains or after dark lock-down,  so we opted for curtains!

I checked out Pier 1 Imports first, as I do love their stuff, but the didn't have much selection on rods and their curtains were terribly expensive.  So, I walked over to Home Sense and found just what I was looking for at a fraction of Pier One's price.   I have to say that Langley is good for shopping if you can tolerate the traffic chaos!

I am going to leave the windows in the living spaces without window covers.  Privacy isn't an issue as our property is completely private from the road and neighbors,  and I like the unobstructed view of the green trees and fields so much!! 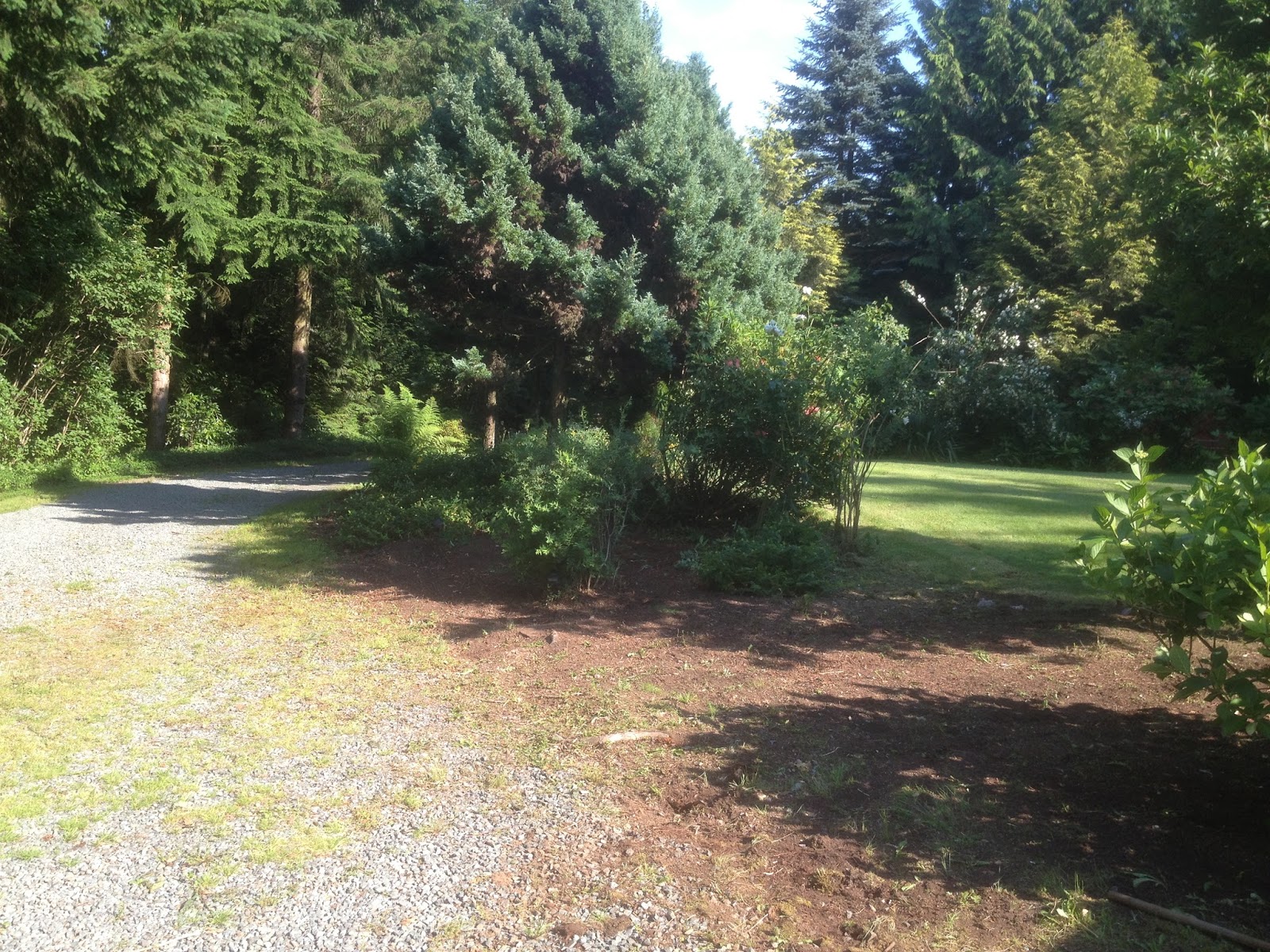 
Tonight is our first night staying in the city in our commercial building.  We have partitioned off a space that will do as a make-shift bedroom so that we are not committed to commuting 5 days a week.  Since we have lots to do here to get ready for the business move down the road, our time will be better spent here sorting and downsizing (we have to fit 6000 sq ft  of stuff into 2500 sq ft of space), and we are getting back into our swimming routine next week - for which I am very excited!!  I have missed my swimming so much, and I know my back and hips will appreciate it too.

We will stay in the commercial space until we go on our vacations in October, then we can decide after that if the commercial space is working as a living space or if we want to bring the travel trailer into the city and put it at the RV park down the road.  It's kind of fun being nomadic.  Not something that I could do permanently, but I am enjoying the diversity now, knowing it is for a relatively short time.

And that pretty much brings the blog up to date!